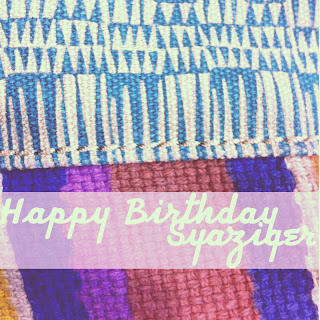 I had fun today during orientation. Lots of fun to be honest. And I also felt a bit betrayed... by Bro (because Abang would sound a little too awkward) Farid.

Started today's activity with a session about our success... or something like that. I couldn't really remember. Through the session I found out that I look like a medic student, I drive fast, I'd be able to fit in well later on in the UK and that my parents don't have to sign anything when I pick which engineering course to take.

We then had to 'discuss' on which is important out of these four: entertainment, rest, study and finance. We somehow were able to make the conclusion like this: Study, Finance, Rest, Entertainment. Farid told us a lot about himself and I began to look up to him. He's like my role model now. I want to be like him. I want to be someone here, someone who will be remembered, someone the teachers would talk about. I was told to dream big, Farid told us to dream big and so I told myself, when else am I going to step up if I don't do so now.

Anyway, at the end of our discussion, we had to pick a person to represent the team. Everyone pointed at me. Thanks... because getting flour thrown at me isn't enough.

Later on in the hall, the faci called my name to represent my group... the name was in his phone and how else would he have known my name but through Farid. Judging Farid. I was downright nervous. Not even messing. Was shivering and everything, didn't have anything in my head either. After I got over that nervewrecking moment, I realised that Farid helped me become known. People know my name now... hur hur. I was going out of the toilet and this one girl was like "Asma kan?" So I shall stop judging him. 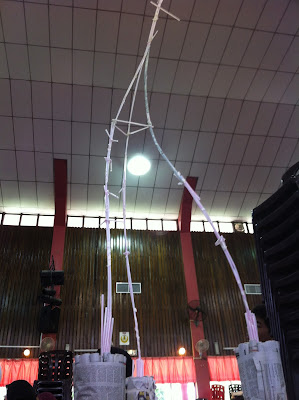 We had to make a tower, ours wasn't tall but it was stable enough. Later on we played a game... a weird one. And I was caught, I was a prisoner with so many other people. In the end, we had to conclude what we got from the game and so I put my hands up when it was time for the last conclusion.

Was later called to stay in the hall because of an audition to become the MC for the closing ceremony... and no I didn't become the MC.

And so after that, everyone asked me why I had to stay and so I told them that the faci nak cari gaduh. Because Asma is Asma and Asma will forever be Asma. We then went to the bazaar in Kuala Nerang by bus to get food for the group. Farid said that he used to jog to the bandar (pekan?) when he was here... Ain't no one got time for that. Bought murtabak and popiah cos I wanted popiah. Later on while I was breaking my fast with the group, I realised that it's a one in a lifetime thing. I wouldn't be able to break my fast with random people from random programs. And to rub salt into my wound, Farid confirmed it. And so I started getting all sad, not emo, sad. 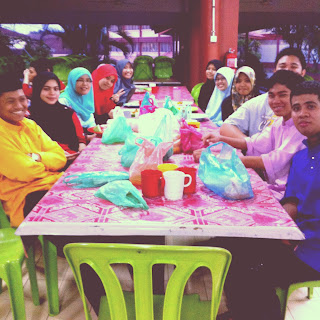 And right after that, thinking that I was done for the day, someone knocked on the door at around 1, asking for Asma. And I was like omg, how'd she know my room. :o And so she called me telling me that I have to read the translation of As-Surah Al-Baqarah 183-186.
KMKN me memories school