Showing posts from March, 2016
Show all

I left Cheetwood 8 years ago and yesterday, I went back and it felt surreal. When I left 8 years ago, I never thought that I'd ever step foot in that place again but I did.  I was greeted by who I'm sure is Ms Louis (but I couldn't find her on the staff list) with a hug. She registered me in 13 years ago and she's still there now. It's amazing. I remember how I used to mind the phone whenever she had to go out for something during break time. Tina then came and she hasn't changed at all! I felt as if I was the only one who grew up. I entered the hall where we had our assemblies, lunches and P.E. classes in and it looked tiny compared to how I used to remember it. The artwork we did as a class back in Year 4 (or something) were still up on the walls and everything was just how it used to be. Just that they all seemed smaller. At the hall, I met Ms Fleet who is also Morgan's mum (my best friend back in primary). It took her quite awhile to remem
1 comment
Read more 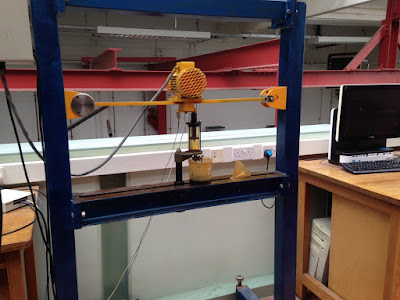 The first lab of the semester. My whole body is still aching from snowboarding. And I can't figure out how to get Facebook to display a proper photo when sharing a link. Despite the fact that I can't move any parts of my body without saying ouch, I had a really good day today! I woke up quite early but got up late, skipping my tutorial session in the morning but went for my lecture at noon and saw how only half of the whole cohort turned up. Had rice and curry for lunch which was good because I feel as if I haven't had anything proper lately. Did my model in the computer lab (which was pretty packed) but figured how to improve my design which was wonderful! Every cloud has a silver lining, my design vanished yesterday but I came up with something better today. Also met my tutor today to discuss my results. He called us in one by one. Loving the system, honestly. I remember how our results were posted up on a noticeboard back in college and only the ones who di
Post a Comment
Read more

A week and a half until my Spring break and I just uploaded my Winter trip video. The video wasn't properly planned so it didn't turn out as good as I wanted it to. To conclude, I'm not satisfied with it. Being here taught me to be thankful. My results just came out and I knew that the Asma I once knew would have probably cried. She wouldn't have been satisfied with it. She would've complained to the whole world on how bad she did. She would whine and whine and go on and on about it. But I learnt to be thankful. It's either that or I learnt to lower down my expectations. I didn't do bad and I didn't do good but I have no regrets and I'm glad that I don't have to book a flight home for this Easter (so that I wouldn't have to go back during my summer break). As expected, I got the lowest for the paper that got me crying but it didn't turn out that bad. So I'm really thankful for that. I'm generally satisfied with my resul
1 comment
Read more 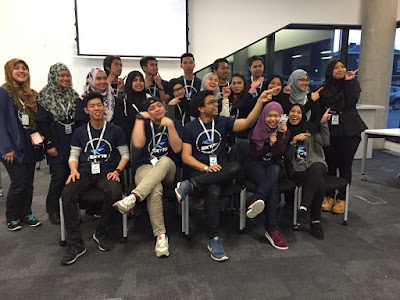 "SKY mana?" Spending a Sunday in the Information Commons is not what anyone would think I'd do.  Before I even arrived in Sheffield, I knew that I wanted to be a part of an event committee. I ended up joining SKY under the Media unit. Initially, I felt very burdened by it because it was something I've never done before but now, I'm thankful that I was given the chance to get out of my comfort zone. However, honestly speaking, I wouldn't want to be under the Media unit anymore after this. It's not really because of what I had to go through for SKY but designing is hard! I still remember the first SKY meeting that I went to. I was the first one to arrive and I was there, waiting for everyone whilst complaining on twitter on how it's just so typical. People then started coming and I got nervous. I didn't know anyone! I just felt awkward. But then we sat in our units and I was with Arif. I think everyone introduced themselves but knowing m
Post a Comment
Read more
More posts