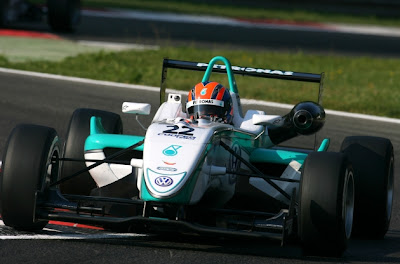 Back in Form 2, I think I've blogged about it in my previous blog, I had to do a folio about a person I look up to. At that point, I has a crush on someone, a racer to be exact. So I wanted him to be that person but then it'd be so obvious why I chose him... "Asma pilih dia sebab dia handsome," Faris said that. At that time he was only in Formula BMW Asia, he wasn't really that big.

And so, at first I decided to do Ayrton Senna plainly because JJ liked him but when I completed my folio, I seemed to have gained respect for this guy whose contribution was only known to the world after his death. But now, even though JJ apparently has a girlfriend (buckets of tears), I wish that he, who I had a crush on would do what Senna did.
inspiration race school thoughts