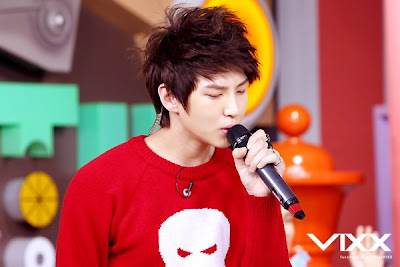 Imaginary readers, this is a present for you.

Without Taekwoon, I think I would've already died of boredom.


I would just like to say that I didn't give a crap about Taekwoon when I started watching VIXX DIARY and VIXX TV. I watched them because of N but then suddenly, I found myself replaying the videos just to see Taekwoon. And after that, the reason I watch them is because of Taekwoon. Now, I'm even watching the unsubbed version. Imagine watching a movie in a language that you don't understand, you'd most probably just stop watching it. Can you feel my pain? But I can't seem to stop. Because I know that somewhere in the video, Taekwoon will make an appearance.

I'll be talking about Sasaeng Fans after this post. Like why aren't all of them mental kfans in jail yet?
kpop me