College and university life were the toughest I have gone through, I tear up realising that it's all coming to an end. Once I enter this next, longer stage of life, I will obviously miss it even though I wanted to jump off a building or in front of a car half the time.

However, I couldn't deny that I only got through this because of the people who were there with me throughout my journey. I lost some and I gained some along the way but things happen for a reason and I'm thankful for every single person who means or meant something to me during this journey. So this is an appreciation post - like how I did one for when I left high school, here's one for university. 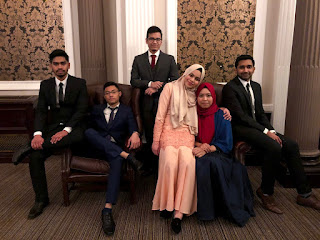 I lived my life in Sheffield with two houses, one where I pay rent and actually have a room and the other, where I 'bunk' and stay in the living room. I spent a lot of my first and second year hanging out in the other house mainly because there's a telly and I usually felt lonely. My 'housemates' treated me like a brother so we were able to do a lot of things comfortably together. We cooked, went on holiday, had movie nights, played games, went on outings, worked on SKY and took the mick out of each other a lot. I appreciate that they took in a lost child (me).

Therefore, my appreciation goes out to Syed who never fails to make me laugh but I'm mudah terhibur so that would explain things. Thank you for listening to me when I force you to listen and thank you for lightening up the mood when it gets dull. Then there's Kimin who I have never treated nicely, but, thanks for being nice when I'm never nice to you. Thank you to Kema as well, it was quiet without you around during our final year here because these kids cave up without you. If it wasn't for Kema during my first and second year here, I would have probably died of boredom because Kema would always ajak us to go out and play. Also, shout out to the kids at home - Sazlee, Hazim and Aidil for not kicking me out of the house. 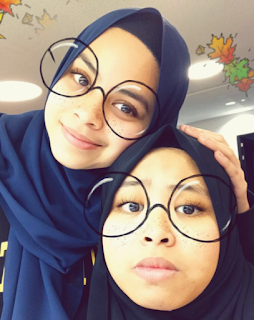 Hannah wasn't just a friend, to say that she's one of my best friends doesn't describe her well. She's a category of her own. She has the vibes of a mum, step mum, MIL, supervisor, mentor, senior, boss, discipline teacher, chef and a maid but in it all, she was the best temporary partner, companion, comrade and 'significant other'. If I had to write everything about our journey through university together, then I would have to write an entire book. 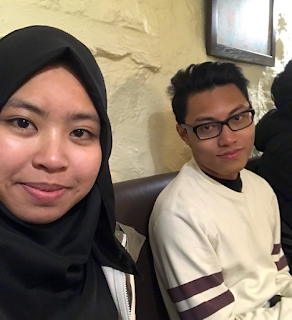 Then there's Zafran. Since college up until now, we would always end up having to work together. If we spent the same amount of time but instead, on a business, we would be Hewlett and Packard, Ben and Jerry, or Proctar and Gamble. But we didn't so that's that.

Zaf is a dad, a brother, a sister, a gay best friend (he's straight) and a colleague to me - all in one. He takes care of me, gives me the attention I need but he's not the perfect best friend. He doesn't answer my calls or texts, he abuses me, ditches me and believes that sleep is more important than me. But because he's around, my Dad (actual Dad) can have a peace of mind. 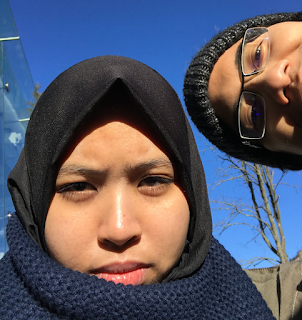 Amir and I started arguing in MFI. We're of the same kind so it's hard for us to get along. But in it all, we survived university without killing each other, we led SKY 2016/2017 together and joined CIPTA as a team. For two people who don't get along, we work pretty darn well together. He was to me, what he was to everyone, a personal advisor, a close friend that listens attentively and a person who is always there when you need him. It is a rare occasion that Amir and I could meet up and not argue but he takes care of me so well. Because I don't see him much these days, I have grown to miss him.

This little gang we have going on here made university and life in Sheffield fun and liveable. While I'm away from home, I found home in them. Thank you guys, I love you and I'll miss all of you once you guys are back in Malaysia, getting rich and raising your kids.  I have more people to thank but this is getting too long so I'll make another post!