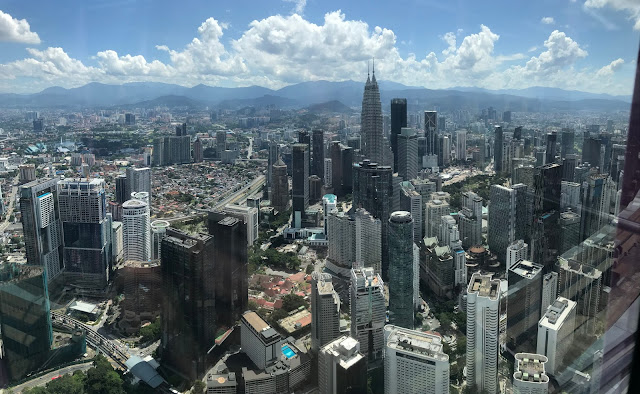 Where do I even start? I have officially quarantined for at least 10 weeks, have had 6 swab tests and 2 RTK tests.
There was a lot of people in and out of the house beginning of the year with Sara moving in long term with us. I remember how grateful I was with how Laura and Amy allowed me to choose my own housemate and gave me the all the time I needed to find the right one. Luckily, this all happened before the lockdown because I couldn't imagine being stuck in the house alone without Sara!
We then went into February where I spent quite a bit of time in London with Zariq and Yen (and Aimi), running for the last train home on Saturdays. I remember thinking how Saturdays are never long enough because I had always wished I could spend more time with them! We had the most interesting conversations that never ends!
March was when everything related to Covid-19 started affecting us... unfortunately, it was during my ski/snowboard trip to Bankso when this had happened. I came back home to Maidenhead having to quarantine for 2 weeks. But my line manager and colleagues were extremely attentive and helpful during this time. They had sent my IT equipment right to my front door so I could get set up. What a blessing!
April, May, June and July was filled with video calls, phone calls, texts and Formula 1. Super thankful to have had people who layaned me, checked up on me and tolerated me (because I would have personally given up on myself). I was also lucky enough to have had Zariq with me on some weekends because it feels good to feel like home when home feels so far away.
August was a lot of money spent due to very last minute plans. The fluidity of the pandemic meant that a lot of decisions made were made based on feelings rather than consequences. Fortunately, the only consequences were time lost quarantining and money. I had a 3 week holiday for Aisyah's wedding which I also spent trying to recharge myself before returning back to Maidenhead.
Unfortunately, coming back felt a lot worse but got better as soon as I was able to go back to the office again. We, the 'haram gang' (or was it halal?), who are my friends from work, started doing Friday nights dinner at mine. It was one of the best things we had initiated because that was primarily what made me get through the days!
The news on the second lockdown then came. At that point, I had already told Nurul I wouldn't make it to her wedding, have cancelled my flight and things like that. But together with the second lockdown came news from the company that the office will be closed. Therefore, I moved my stuff to Hannah's (grateful that she allowed me to do that earlier than my tenancy start date!) and bought a flight ticket a day or two before my flight back.
Coming back, I had the best staycation/quarantine for two weeks in a hotel where Kak Aisyah and Kak Lang dropped stuff off for me. Again, grateful and thankful for the people who spent their time keeping me occupied throughout the two weeks and made it all bearable. I had a week annual leave post-quarantine where I spent a lot of time with family - games nights and all.
Immediately after that, I became a close contact to a friend. So that was another two weeks of quarantine but with family. I was partly grateful for the quarantine because it helped me get set up with my new work schedule without draining me. And at the same time, made me feel a lot more closer to the baes because of all the appointments we had to go to and the stress that we endured because of the inefficiency of the system. Sort of felt like it was filling up the gap that I felt was there because I've been away for so long. I have also realised how much I now prefer people driving me around (unsure if that's a good thing!)
For Christmas, we arranged a last minute trip to Ipoh and went to an amazing waterfall (one of the highlights of my year!). Spent some quality time with family and Kak Lang. Gutted that Kak Aisyah and Syameem weren't able to join but I'm sure there'll be more opportunities for that.
Upon realising how I need to do a lot of catching up because of the two weeks extra quarantining, I've been filling a lot of time this week with my best friends and family to make full use of my annual leave. Which also meant going on an eventful unplanned cake run after dinner (which I wouldn't have done before this cos malas!) and climbing structures and swinging off them.
What a year it has been, a lot of blessings but also a lot of misfortune. I don't have any expectations or hopes for next year but I know it will be a massive challenge because I would need to make a lot of important decisions. But I'm going to live it by the day, try to be happy and face things as they come instead of worrying about it too early.
To close this up, I have to say that I wouldn't have been able to get through the year without my pillars and support system. Thank you and I love you all, you know you are. 💕