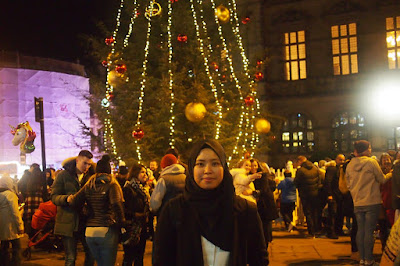 2017 felt like it was 4 years combined into one: pre-sky, post-sky, summer break and the new semester. It was just so long! 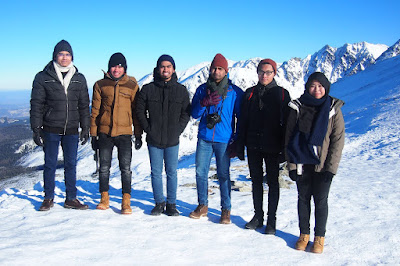 Poland, even though super stressful is still the best trip during uni within europe I’ve been on. I went snowboarding on real snow - and I left with a whole new perspective on men and how I’d rather not live with one. But it also made me realise how I’d love to be one, just because travelling with them felt more adventurous (we went hiking!) and they’re always up for anything - even though you’d really need to force them sometimes. SKY and my SKY team will forever have a space in my heart. It made me grow and it also allowed me to witness my friends developing themselves. I met amazing people from different backgrounds and had different perspectives of life but in the end, they all lived a life where they did things that were meaningful to them. I saw how people were under appreciated just because they don’t speak up. I also saw people who took credits for things they didn’t do just because they know where to find the opportunity to. 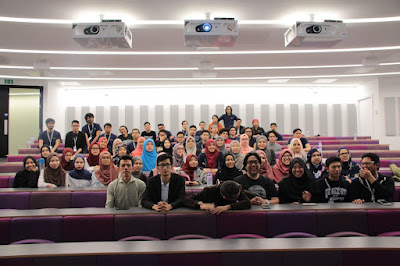 But what really matters is that we all contributed, my SKY fam contributed, our guests contributed and everyone involved contributed. And we all gave and got something from that. 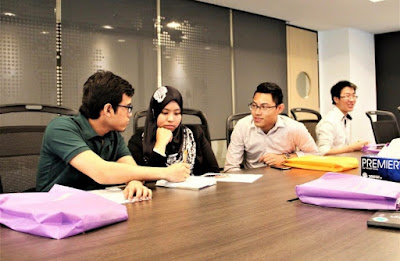 When SKY was over, I was lost and was not at my best - mentally. But I managed to distract myself through CIPTA so I was actually thankful that it all happened. Because, without which, I probably wouldn’t even have had the drive to join it. Went to London for a week (skipping classes because what’s new) to learn more about start ups which lead to a productive (kind of) summer break with my two buddies. While studying for my finals, I was still not mentally ok which reflected on my results but we have to move on in life. 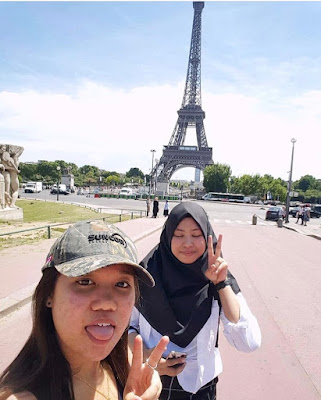 I had an amazing summer break! It started with Paris with Michelle - which was so much fun. It reminded me so much of Slovenia (minus the partying) just because we did a lot of hanging out. Just sitting, enjoying the view, people watching, sitting by the river, things like that. 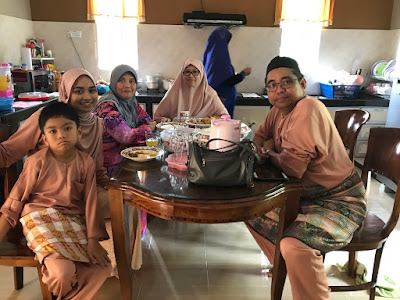 Then I went to Malaysia on Qatar Airways a few days after Saudi decided to boycott them. I always end up flying via exciting countries. It was Turkey a few days after the coup in 2016. In Malaysia, I celebrated Eid at my grandparents’. Only felt how different it was without my grandpa but everyone managed to figure out how to fill the gap that he left when it comes to preparing for Eid. I casually invited people I knew to come over for Eid and I enjoyed catching up with people from high school. Also had our annual barbecue night with the baes (just without the bbq this time). 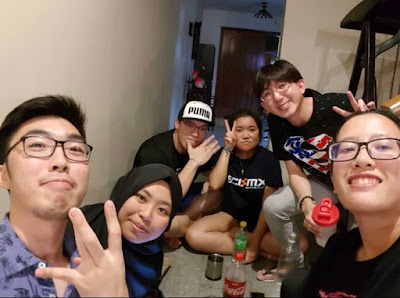 I caught up with my jellybabies after 2 years of not seeing them, we went on day trips and overnight trips. Planned to go abroad but ended up at Bukit Tinggi and Genting Highlands which was still extremely fun nonetheless. We also had a staycation at an condominium in KL. Hung out at Susu's apartment with Susu, Ana and Iman with a lepak sesh at the mamak and McDonalds - cos perlu. Did the typical "I'm going out with Iman but now it's getting late so I'm sleeping over". And for the first time, I wasn't around to help Susu pack for America. I’ve missed them and seeing them over the holidays kind of made it up to it - a bit. 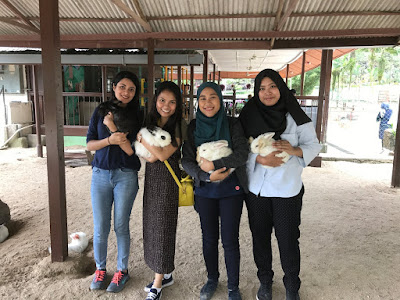 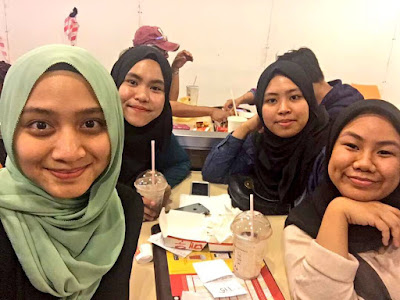 Also went to Cameron Highlands with Mak, Kak Nour and Kak Aisyah. I like the cold, as you can tell. Had lunch with the fambam a few times and also had grandma staying over with us! I enjoyed her staying over because I've always felt like I wasn't ever doing enough as a granddaughter so on one of the days, I forced my brother along to take her plant shopping. 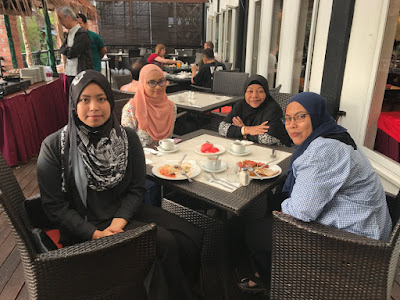 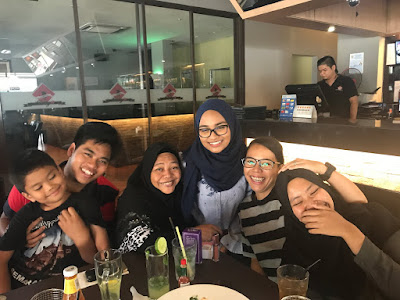 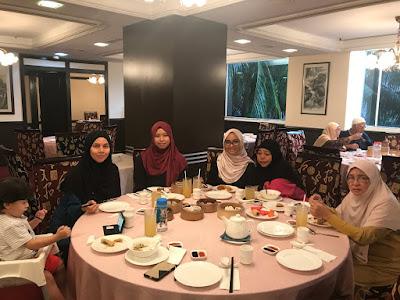 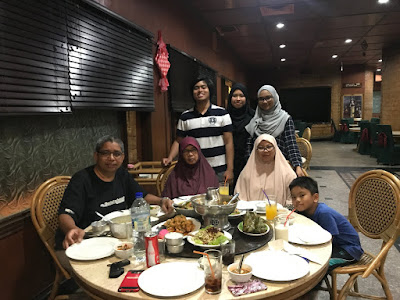 I went on a trip to Japan with my brother and later on, my parents joined us. A lot of banter, arguments and dealing with the grandpa (my brother) for 2 weeks and then had to tone it down for the 10 days that my parents were there with us. Japan was a whole new experience on it's own. Every day was a challenge especially when going to the market. I wish I had learnt to read Japanese because it would have made everything so much easier. To say that I enjoyed it, I had my bad days and good days. But my favourite days of the trip basically made it all extremely worth it. 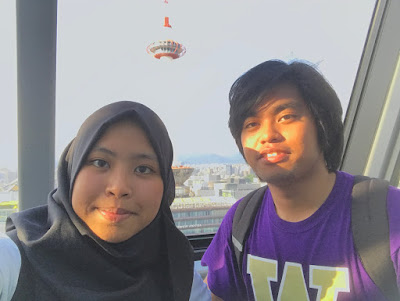 It was also our first family 'travelling' trip abroad so that was also a bit of a challenge. Our trips since we moved back to Malaysia would usually be very laid back, going to resorts, just chilling out and enjoying each other's company. So this one was different because we were going to a city and I feel like as a family, we're very used to going out to see nature so it was different. I do hope to go on another trip like this, but maybe not to a city. Somewhere like New Zealand might be nice, or Hawaii... Poland maybe. Somewhere all of us would wholly enjoy. 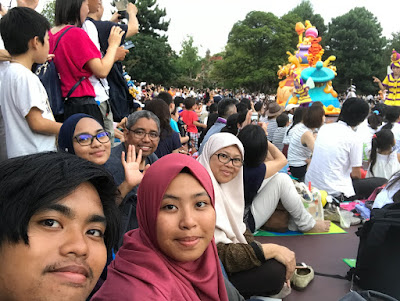 I opened up a lot to my brother and he, to me this summer break. It seemed like we kept so many things to ourselves and never really expressed it. I’ve always thought that I was having it bad but it made me realise that both of us went through things, felt things that were not the same, but didn’t make the other’s problems any less difficult. Happy to say that we managed to talk about things more than we ever had since we moved back. Also felt as if I got my best friend back - this might be thanks to the fact that I stopped talking to a lot of people.

Final year got very difficult and still is getting difficult by the day. Also tried to blog frequently again but assignments kept on getting in the way. Finally getting paid to do things I enjoy doing - which is fun but because money is involved, I would always question whether I'm doing enough.

Just got back from a trip to Germany with my best friend, Syaza - without Jared and Q which was sad but I enjoyed the company nonetheless. This is worth a blog post on its own. 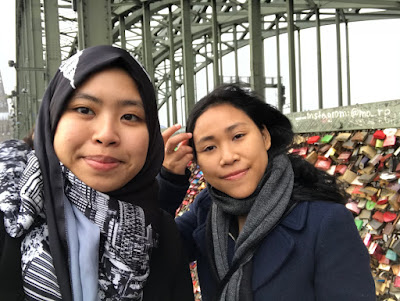 I've lost a lot of the confidence that I used to have and I'm now extremely introverted. I don't talk to people as much as I used to, I'm really keeping to myself a lot these days. And I feel like everyone would go through this phase in life. But through it all, I'm still getting through the days with some happiness. I've lost friends this year and I've lost trust in people that I used to trust. I've realised that sincerity is important in every relationship you have so I started drawing the line between acquaintances and friends.

For the past few years, since I left high school, my travelling game went up a few notches. Mainly because my parents and MARA decided to give me money to see the world. This will soon stop because 2018 will be my transition year to the actual adult life that I have, for the longest time, been delusional about living. Truth is, being an adult won’t get you money every month without working for it.

I am unable to foresee 2018 being easier than 2017 as there seem to be a lot of challenges ahead but I do know that I'll learn a lot and I look forward to that... kind of. In the end, for every assignment you get, you'll end up submitting it in anyway. So it's the same with life, you'll get through the challenges in the end anyway. Stay strong everyone and happy new year.

There were so many people involved in my 2017 and I did not get to record all of it but this is some that I managed to. Thank you for being involved my year whether you're in the photos or not.
It wouldn't have been a meaningful year without all of you. 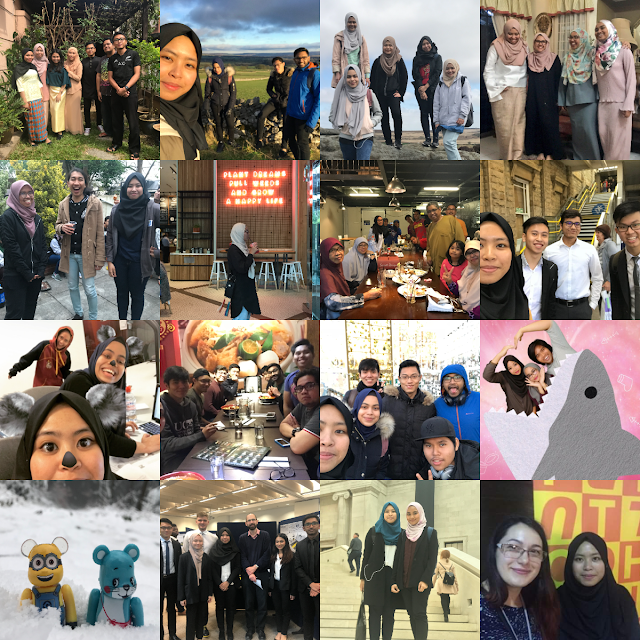